No Escape (1989) by Louise Bourgeois is a seasoned traveller. Having left Kiasma in early 2015, it has already been on show in three other countries already. Its route with the Structures of Existence: The Cells touring exhibition has taken it to Haus der Kunst in Munich, to Garage Museum of Contemporary Art in Moscow, and to Guggenheim Museum Bilbao. From Spain, the piece will continue to the Louisiana Museum of Modern Art in Denmark.

No Escape is one of the most fascinating pieces is Kiasma’s collections. It is a large installation that consists of two tall wooden columns, a white staircase and a dark protective metal wall. Under the stairs is a small, lightless space with two round objects in it. The visitor can examine the secrets in the darkness only with a flashlight.

The stairs leading nowhere symbolise both escape and a dead end. They invite you to mount them, yet they also proclaim the impossibility of escape. The hiding place – or prison cell – under the stairs enables simultaneous presence and absence relative to the surrounding space.

The entire oeuvre of Louise Bourgeois is autobiographical, mainly based on her traumatic childhood memories. No Escape is no exception. According to the artist she often hid under stairs to watch her parents from there. The round objects in the hiding place are references to a key motif in Bourgeois’s work, the spider and its eggs. Spiders traditionally carry negative associations. In Bourgeois’s work, however, the spider becomes a positive – albeit conflicting – symbol of motherhood.

The wooden columns are taken from old port structures. Prolonged exposure to humidity inevitably affects the durability wood in such conditions. As dry rot sets in, the wood becomes dark, gradually disintegrating over time into dust.

As the condition of the columns deteriorated, Kiasma began searching for ways to replace the damaged structures. Replacing parts of a work of art is seldom a straightforward process, however. Permission to replace the columns was given on behalf of the deceased artist by her long-time assistant.

After receiving the permission, conservators in Kiasma asked the Botany Unit at the Finnish Museum of Natural History to identify the species of wood in the pillars to ensure that the reconstruction would respect the artist’s original idea.

Based on samples from the pillars, the Botany Unit could state that the wood was coniferous, Douglas fir to be exact. The anatomy of the wood samples does not enable the particular species of Douglas fir to be determined, however. The report says, among other things:

“One typical feature of the cellular structure of Douglas fir is that the change from earlywood into latewood is abrupt (Annex 1, cross section). In addition to uniseriate rays, Douglas fir also has multiseriate fusiform rays with low uniseriate upper and lower parts.”

Science thus comes to the aid of art.

Originating in North America, Douglas fir has limited availability, which makes the replacement of the columns more difficult. During the time the installation remains on tour, conservators in Kiasma are looking into the possibility of using similar silver fir instead. 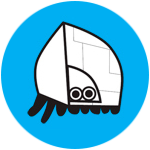