The number one topic of discussion of the summer and autumn of 2015 has certainly been the refugee crisis, which has extended in a completely new way all the way up North to Finland as well. Both the media and coffee-table discussions have been taken over by the news of the influx of refugees and of the border fences that the European countries have started to erect in order to direct the masses of refugees on new routes.

Many artists have felt a strong need to tackle the subject in their individual works, especially with the aim of shedding light on the matters that easily remain hidden from mainstream media attention. This is what the Austrian artist Tanja Boukal (b. 1976) has also done in The Melilla Project (2014-15) which was on show at the Demonstrating Minds exhibition. However, at the same time discussion on the effects of the current situation on artistic production have arisen; questions on the ethics and responsibilities of the artists working with such delicate issues have been debated during past autumn.

I contacted the artist as I wanted to hear more about her ideas and thoughts on what it is like to work with such controversial subject matter and what kind of ethical duties and responsibilities are involved for artists in such a project.

KK: Could you explain briefly how you ended up in Melilla in the first place and how you became interested in working with the refugees there?

TB: To work on the outer borders of Europe has been a vital part of my art practice for some years. I did a project about Lampedusa in 2007 and since then I have made a lot of works regarding flight and migration. Making it into Fortress Europe is a dangerous thing in general. According to estimates by the International Organisation for Migration, over 27,000 people have died on the way to Europe since 2000. Most of them drowned in the Mediterranean. But in Melilla there’s a very special situation. It is a port city in Morocco that has belonged to Spain since the 15th century.  Four fences surround the city of Melilla – two belong to Morocco, the other two to Spain. If a refugee manages to climb all of them, they are within European borders. And so, many try to climb the fences, but this is really dangerous. The fence is guarded by military and police forces and equipped with high-tech devices, additionally secured against illegal immigration by watchtowers, motion detectors, radar, night vision gear, and teargas bombs. That way Melilla becomes a small version of the Fortress Europe and this was my starting point.

KK: During your project on Melilla, how have you created the ethical and political framework for your art project?

TB: I did a lot of research before going there for the first time. This involved listening to dozens of interviews with refugees, both those who succeeded and those who failed to cross the border, discussing with human rights lawyers and activists , contacting  local NGO’s , getting to know the legal situation at the border, as well as logistic stuff like obtaining approval to work and photograph there and brushing up my Spanish. I thought I was well prepared, but while I was working in Melilla, I was confronted many times with the need to analyse and reconsider my approach. Not everything I researched and witnessed was something I would make artworks about. I decided to write a blog about what I was doing and how the public authorities behaved at the border.

KK: When making the project, have you ever had to question critically your own intention in the project?

TB: Sometimes during that project I woke up in the night asking myself: What the hell am I doing here? And the answer was always the same: I am here because I want to know about it. And not to know about the terrible situation doesn’t mean that it doesn´t exist. I go to these places because I want to understand the situation there. And I want to communicate via my artworks what am I thinking about it. I am not someone who can speak for the refugees, but I can tell about how I felt when I was standing at the fence. I needed a lot of time to research on-site, that’s a big part of my work that is not visible. I worked with a lot of organisations, did healthcare in the illegal camps in Morocco, did workshops in the refugee camp in Melilla, accompanied the local police at the border and talked to inhabitants & politicians. In my projects I always have to be very clear to myself about what my intention is, because while researching I am absorbing a lot of different opinions. And of course I get personally engaged. So it is really important for me to question myself and my intention continuously.

KK: What kind of feedback have you had from the participants in your project in Melilla? Have you been forced to speak-up on behalf of your project there against critical counter-voices?

TB: I have an agreement with the people I am working with: I inform them about what I am planning to do. I never tell their story without their permission. I never publish photos without their agreement. I show them the photos and let them choose which photos of them I could use.

I worked with these people for several weeks before I asked them if they wanted to participate and I showed them other projects I had done before. It is really important for me to not persuade them. I try to know as much as possible before I begin. I invest a lot of time, engagement and personal emotions in my projects – This is something that people can feel, that’s why the participants trust me. Until now I have never had to deal with counter-voices. I think everybody who reads about my projects or talks to me about them, can feel my honest concerns. 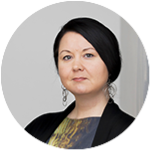