The exhibition of American photographer Robert Mapplethorpe (1946–1989) consists of more than 250 works. It offers a broad overview of the key periods of his career, starting with Polaroids of the early 1970s. In their aspiration for perfection, Mapplethorpe’s pictures of naked human body blend beauty and eroticism. The exhibition includes also portraits he took of his closest friends, such as Patti Smith and Lisa Lyon, as well as of celebrities like Andy Warhol, Yoko Ono and Richard Gere. In the show there are also two rarely seen experimental video films by Mapplethorpe. Open until 13 September.

At Kiasma you can also meet other celebrities, such as Michael Jackson in Adel Abidin’s new video installation Michael. The video, where The King of Pop is giving his first television interview – by quoting only his own lyrics – after his resurrection, is part of the thematic group exhibition Face to Face – Portrait Now on the 4th floor. Open until February 2016.

Ismo Kajander is a Finnish avant-garde artist whose career spans seven decades. The main focus in this retrospective is on assemblages Kajander has made of everyday ready-made objects. The title of the exhibition, Anartist, is a reference to Kajander’s anarchic position outside the mainstream of art. Open until 9 August.

As part of the collection exhibition Elements on the 5th floor you will see the greatest igloo in Scandinavia: a huge glass and steel sculpture Untiled (Igloo) by Italian artist Mario Merz. Another remarkable installation in this exhibition is Maaria Wirkkala’s mysterious Solitude in Stability. Take off your shoes, go in, step on the gilded floor and feel the move! Open until 8 August. 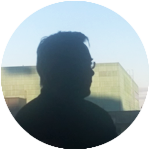